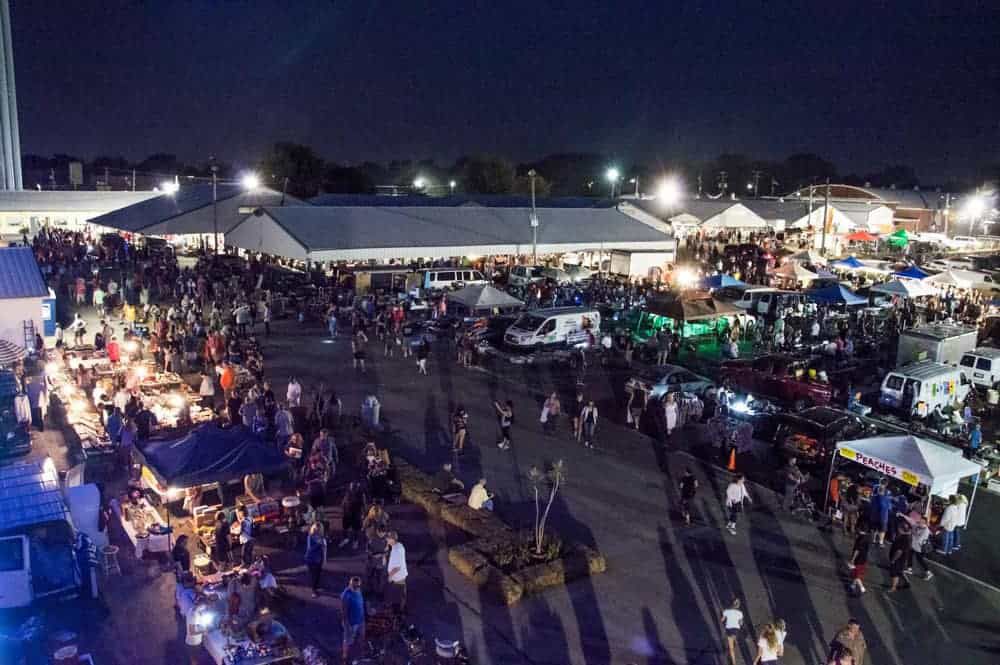 WHEATON – The DuPage fairgrounds will be home to celebrities and memorabilia, along with eclectic treasures, at what is billed as the world famous annual Wheaton All Night Flea Market, kicking off at 3 p.m. Aug. 20, and continuing until 3 a.m.

This year’s array of pop culture celebrities includes Aileen Quinn, who is best known for playing the title character in the original film “Annie,” which is marking its 40th anniversary, a news release stated.

Also featured will be Lorenzo Lamas, who co-starred as Tom the jock in “Grease.” Lamas has had a career spanning over 40 years. He also starred in “Renegade,” as well as “Lucha Underground” and many reality shows recently.

Attendees also get to meet comic book artist Scott Beaderstadt, best known for his critically acclaimed self-published “Trollords.” He has done work for Marvel, DC and Archie Comics. Taking part will be Rick Goldschmidt, the official biographer for Rankin/Bass Productions, and John Borowski, an award-winning independent filmmaker and author whose works have garnered international acclaim and are distributed globally via DVD, television and streaming.

Offered for sale will be thousands of treasures by dealers from across the Midwest. They will bring a wide-ranging mix of antiques, collectibles, toys, sports collectibles, crafts, artwork, pop culture and other items.

Bob Zurko of Zurko Promotions notes the market will be held “rain or moonshine,” with dealers’ exhibits set up in buildings, sheds and tents, as well as outdoors.

Admission costs $10, and is free for children age 12 and younger attending with an adult. The event has free parking, and offers food and snacks from a host of food vendors.

Flashlights and lanterns are optional, and tailgaters are welcome, organizers said. People are asked to use the fairgrounds’ customer parking entrance at 421 N. County Farm Road, Wheaton.

For information, call Zurko Promotions at 715-526-9769 or visit zurkopromotions.com/wheaton-illinois-all-night-flea-market.